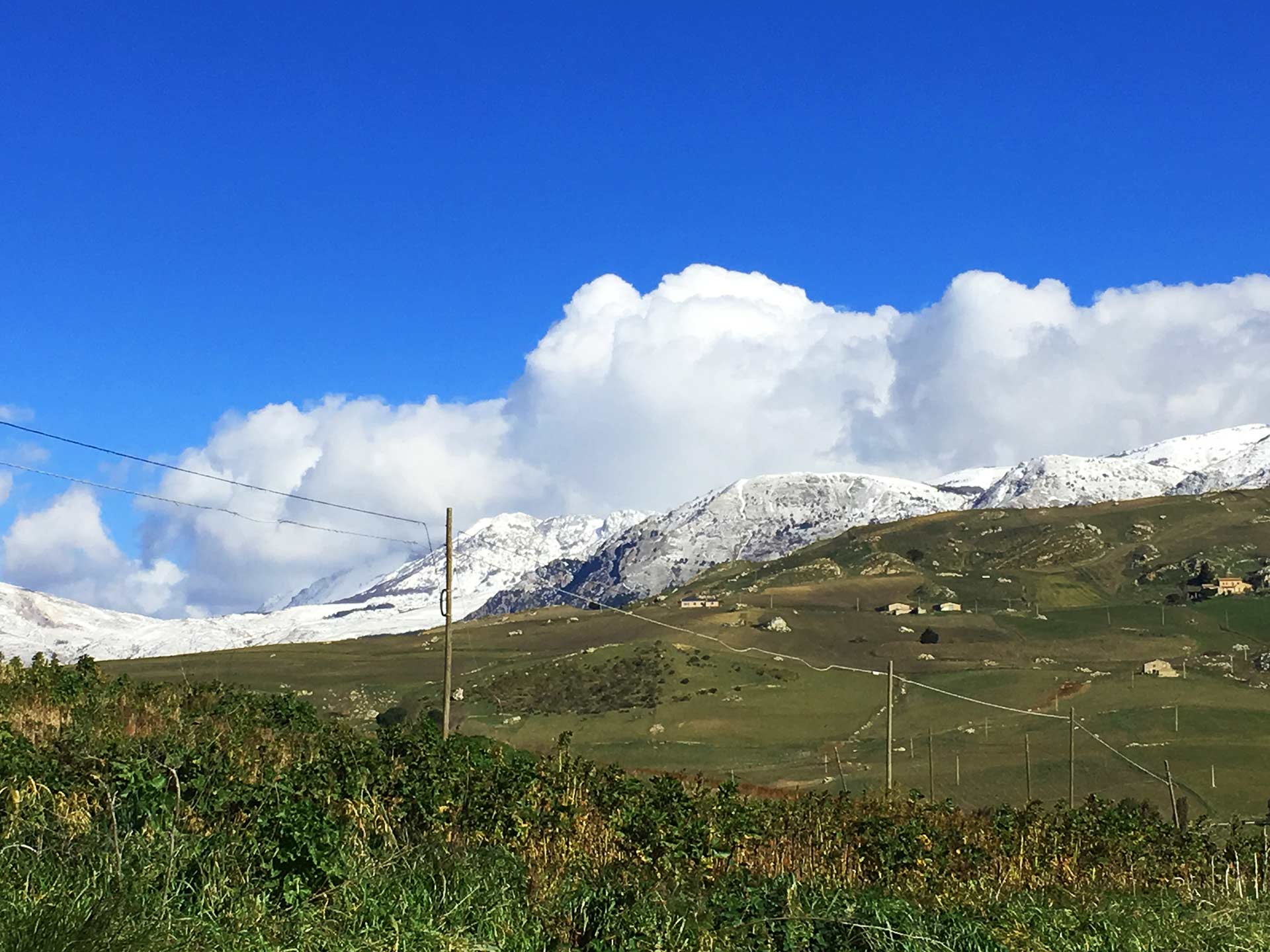 The Madonie Park extends over a vast portion of Sicily, with characteristics that differ sensibly from one area to another.

All the towns have an undisputable historic and architectural value. They are located on the northern limit on the coast and extend inland towards central Sicily. They surround the central part of the park, natural areas of extraordinary value.

This small urban network lies atop the hills, where stone architectures that are closely knit to the hills that surround them. They balance the landscape and the environment which is incredibly rich with many essences, some rare and endemic, and with numerous and diverse animal species.

Altitude, environment and ecosystem vary enormously as you proceed from the Mediterranean coast to 2000 metres above sea level.

Altitude, environment and ecosystem vary enormously as you proceed from the Mediterranean coast to 2000 metres above sea level.

The geological history of these landscapes is remarkable. These areas were among the first in Sicily to have emerged from water , and are today of great interest for researchers around the world thanks to the European Geopark Network.

If you book in both locations, you can choose among one of these free services:

Anthropic and cultural aspects are not to be ignored: this territory is home to important and significant activities,  from culinary traditions, to handicraft stores, to small local firms. They all testify a history of agriculture and crafts, of ancient wisdom and know-how, of a simple life.

In the Madonie you will find everything you need for a unique vacation…from the seaside life in the wonderful town of Cefalù recently listed among the UNESCO World Heritage Sites, to the hilltop towns, each one unique and gifted with splendid architectural artifacts, breathtaking landscapes, particular local museums, tranquility, fresh clean air and slow life. 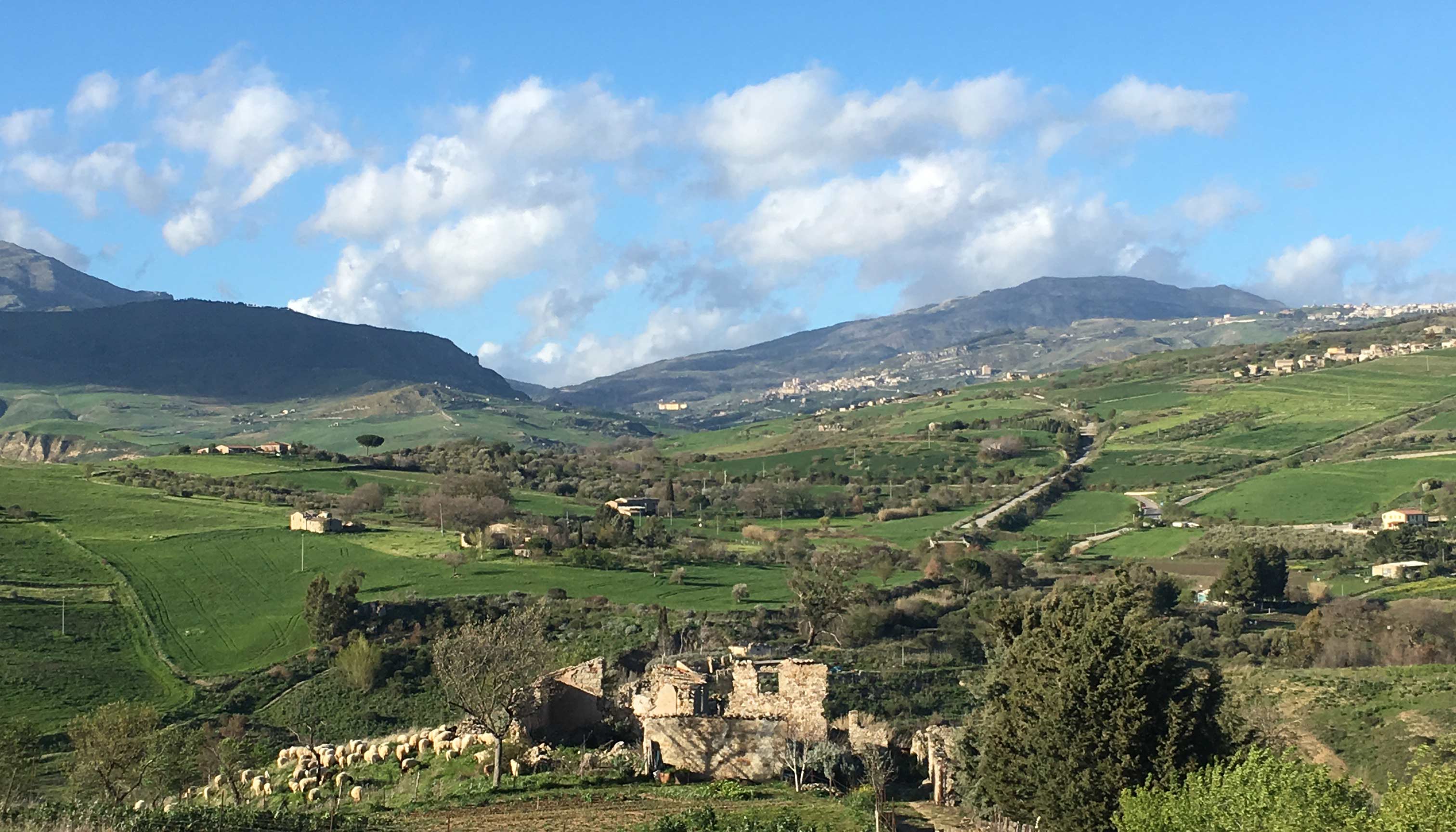 For those who love the outdoor life, you will find:

The local cuisine is delicious with simple and healthy fresh foods rich in flavour, as in the rest of Sicily.

And the colours … Each season is characterized by a colour….the green/yellow/brown hues of Autumn, the shades of white and brown in Winter, the explosion of colours in Spring and bright yellow and green in Summer. Choose the season you prefer to visit the Madonie Park and embark on a truly personal experience.

The history of a land that has been able to maintain ancient traditions while moving forward toward innovative processes. Each town carries out research on its traditions and how to preserve them, and at the same time each one develops new strategies for example on renewable energy and energy saving. There is a general level of attention towards these contemporary issues.

The local population will welcome you warm heartedly. Arriving in the Madonie is a fascinating experience: behind an apparently rugged look , you will meet people that are hospitable and will go out of their way to help. Just walk into a local café or a small shop or even around town and ask for help or suggestions: you will always find people more than happy to help and even show you how to reach a certain destination if necessary.

Contemporary events and traditional events……during the summer there are daily quality events, and each town is home to two different  type of festivals. There are those strongly bonded to local traditions, such as the “Ballo della Cordella” in Petralia Sottana, the “Walnut Fest” in Polizzi Generosa, or the “Giostra dei Ventimiglia” in Geraci. And then there are more modern festivals, dedicated to music, cinema and theatre. And of course there are the religious events. Each town hosts events according to the calendar of the Roman Catholic Lithurgy, but there are also many minor events and processions, that are profoundly rooted in the local population. All these events will make you realize once again that the Madonie area is truly a place where time has a different meaning!

To book or to get any info, just ring or email me:

This page is also available in: